I didn’t want to name this blog post an anti-haul because I seriously considered buying these things, but when it came time to hit “PLACE ORDER” I was somehow able to talk myself out of them, and I wanted to share my thoughts on why. 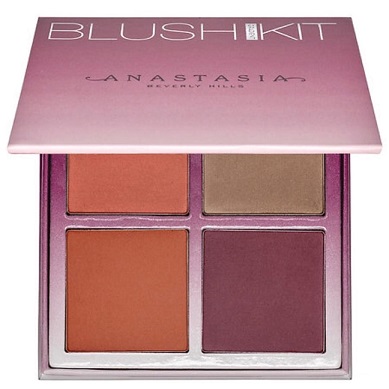 First up: Anastasia Blush Kit ($30)
I’m not gonna lie – I was so tempted by this blush kit. In fact, my only issue, initially, was deciding which color option to get: radiant or gradient. However, after looking at countless pictures, reviews, and YouTube videos on these kits, I decided not to purchase. Here’s why: I already have two blush “kits.” They are the NARS Unfiltered I and II palettes and if I’m honest with myself: I NEVER reach for them. When I got down to the knitty gritty, the reason I was drawn to the blush kits, mainly Gradient, was because of the darker tones and my NARS Unfiltered I palette has just that – darker tones. Another reason why: finding the Sephora Collection Winter Flush Blush for $12.80 after the discount. It has such great reviews and reminded me of the Radiant option. 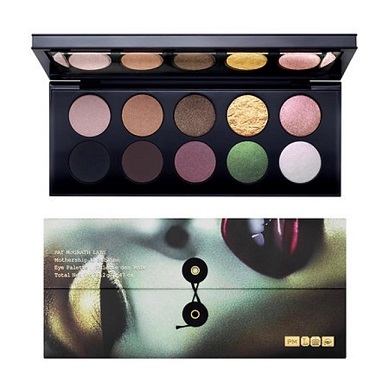 Pat McGrath Mothership Eyeshadow Palettes ($125/each)
First I was upset that the two I was interested in were out of stock. Then when they were in stock, I was upset that I couldn’t choose a palette fast enough before they were sold out again. This is why I couldn’t choose: I spent a lot of the time looking at each palette’s colors I wouldn’t normally wear and kept trying to decide which of these color options I *might* talk myself into using. At $125 for EACH palette, I should *know* I’m going to use every single shade. Now, I do have the Natasha Denona Lila and Sunset palettes, however, all of the shades were wearable to me and that was justification to purchase. PM’s were a little more out there and I just wasn’t sure I would use each shade AND I wasn’t sure that they would be stand alone palettes. I would probably have to incorporate other shades. All in all, another pass for me.

Yves Saint Laurent Tatouage Couture Liquid Matte Lip Stain ($36)
This was a pass solely because they didn’t have ANY of the shades I was interested in. And while they did come back in stock here and there, I kept seeing how some of the people who owned these weren’t too happy with the longevity. Also, swatched in store, the colors were far more sheer than other lip stain options. I may revisit these at a later time when they have the shade I was most interested in: Singular Taupe. For now, it was a pass.

Marc Jacobs Snake Charmer 5-piece Lipgloss set ($39)
I just want to start off by saying that it’s becoming quite annoying that the shade Sugar Sugar is included in almost every mini gloss set. I probably have like 3 in my possession and I probably won’t ever finish them. That aside, I really wanted the shades Ch ch changes and Skin Deep. This is probably a good deal for those who will use each shade in this set but I told myself about a year ago, as I threw out a bunch of colored Chanel glosses, that I NEVER use colored gloss. The thought is great, but on my lips, they bleed no matter what I do. After throwing about $100s worth, I haven’t gotten any colored glosses – until I almost pulled the trigger on this set. The two purple shades alone made me remember my trash full of Chanel glosses and that stopped me from buying this set altogether.

Fenty Kilawatt Highlighter in Girl Next Door / Chic Phreak ($34)
I wanted to try another option since I am obsessed with my Ginger Binge/Moscow Mule highlighter but I had to remind myself that what I enjoyed about it was the uniqueness of the color in my collection. I reminded myself that GND/CP was probably something I already had in my collection – and if not, I probably had a dupe of it. For now, GB/MM will be the only kilowatt highlight in my collection. We’ll see if that changes during the Spring sale *laughs out loud*

Huda Beauty Contour & Strobe Lip Tin ($25)
I did buy one of these, but I had about 2 others in my cart. These are actually not a bad price AT ALL, especially if you don’t own any of the liquid lips or lip strobes. But, here’s why I only purchased one instead of the THREE I wanted (yes, I’m crazy). The Trendsetter option was taken out when I discovered that I actually had both the liquid lip AND lip strobe in my collection already (confessions of a makeup hoarder). Then I decided to take out Bombshell because I knew that it would probably be too light for me. I ended up taking Trophy Wife and I’m glad that I’m starting to know (and be okay with) what really works for my skin tone rather than what I would like to work on my skin tone.

Phew! These were just some of the things I took out of my cart during the two gruesome weeks of Sephora sales. Trust me, I played around a lot with my cart before the VIBR sale started, during, after, and while the VIB/BI sale was going on. I know that I purchased a crap ton of stuff, however I had many other things I was initially interested in. I just listed my top 6. What are things you took out of your cart last minute? Were you able to justify anti-hauling them? Let me know! PS – a part 2 of my haul won’t be up for another week as my orders are delayed and I’ll be out of town for the Thaknsgiving holiday. However, I do have a blog post reviewing two shadow palettes coming up, so stay tuned!

*images obtained via sephora.com and are not my own